QNET received a Gold Stevie® for its smartphone application, QNET Mobile, in the Innovation in Shopping of E-Commerce Apps category at the second annual the Middle East and North Africa Stevie® Awards. The award-winning app acts as a portable portal for QNET’s international distributors to conduct and operate their direct sale business from the palm of their hand. The Stevie Awards judging panel praised the QNET Mobile app for its user-friendly interface and design, as well as its extensive library of features and multi-language functionality.

QNET was voted winner in the Leadership in Community Service and Corporate Social Responsibility category at the Communitas Awards for its international CSR projects, which were highlighted in a video titled ‘QNET Gives Back to Communities through RYTHM Foundation.’
QNET’s CSR arm, the RYTHM Foundation, collaborates on community development initiatives all over the world. The spirit of Communitas, is a Latin word which means people are coming together for the good of society, resonated with the impact and efficacy of QNET’s mission to bring positive change to communities around the world.

The Middle East & North Africa Stevie Awards are the business awards happenings in the Middle East and North Africa area that recognizes workplace creativity in 17 countries. For 19 years, the Stevie® Awards have been widely regarded as the world’s premier business awards, honoring excellence in programs such as The International Business Awards®.

The honors dubbed the ‘Stevies’ after the Greek word for “crowned” will be awarded to winners at a virtual ceremony on June 2, 2021. The award received over 400 nominations from organizations all over the Middle East and North Africa.
The common scores of more than 60 executives from around the world who served as judges on six juries decided the Gold, Silver, and Bronze Stevie Award winners.

The Communitas Awards honor outstanding companies, organizations, and individuals who give selflessly of themselves and their wealth to benefit their communities, as well as those who are improving how they do business to benefit their communities. The Communitas Awards were established in 2010 as an outgrowth of the Association of Marketing and Communication Professionals’ pro bono recognition program, which recognizes artistic achievement and fosters collaborations with charities and community organizations.

MalouCaluza, QNET’s Chief Executive Officer, said, “One of QNET’s core values is focused on Service.”
Our mission is to offer the best conceivable service to our customers and communities.
Stevie’s award for our QNET Mobile App demonstrates that we built a product with our distributors’ needs in mind in order to meet their business needs in the most efficient way possible. And Communitas’ appreciation underscores our dedication to giving back to the communities where we do business.”

The previous year, QNET received two Stevie® awards.
For the campaign named “QNET Comes Together for Tomorrow,” the organization earned a Bronze in the 17th Annual International Business Awards for the Best Use of Social Media for Covid-19 Related Information.

At the 7th Annual Asia-Pacific Stevie Awards, they earned their second Bronze Stevie® for their partnership with Manchester City Football Club in the Innovation in Sponsorships category (MCFC).
Previously, QNET was named CSR e-Commerce Company of the Year by the Centre for CSR, West Africa, in recognition of the company’s numerous CSR initiatives throughout the country.

QNET, on the other hand, is one of Asia’s leading e-commerce-based direct sale firms, selling a variety of fitness, wellness, and lifestyle goods that help people live healthier lives.
QNET’s grassroots business model, driven by the power of e-commerce, has aided millions of entrepreneurs in over 100 countries around the world.

QNET’s main location is in Hong Kong and has branches, branch offices, agency associations, and franchisees in more than 25 countrysides around the globe.

In addition to the Direct Selling Association, QNET is a member of the Hong Kong Health Food Association and the Singapore Health Supplements Industry Association, among others.

QNET is also involved with international sports sponsorships.
The African Club League Championships of CAF and being the Direct Selling Agent of Manchester City Football Club are two of the most notable collaborations. 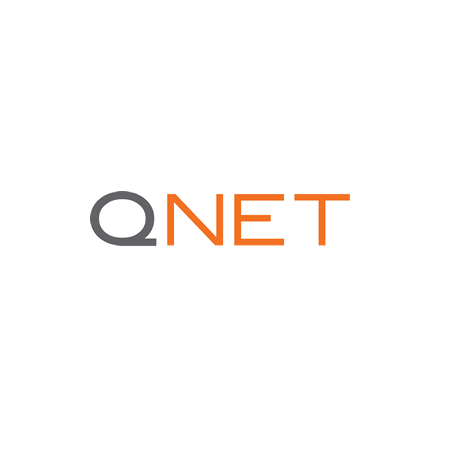